Joseph Egger has had a lasting impact on the industrial footprint of Fribourg following the creation of the precision bearing manufacturer JESA, which will celebrate its 50th anniversary in 2019. Mr. Egger passed away at the beginning of May aged 93. 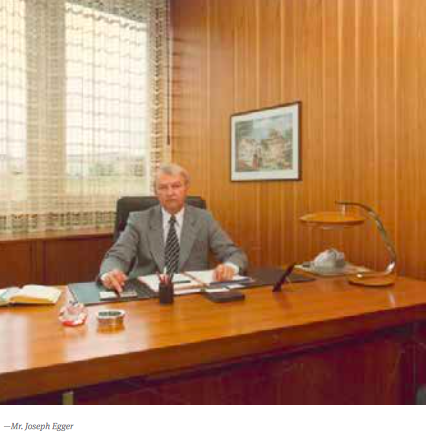 JESA, an SME based in the canton of Fribourg, Switzerland, is a specialist in bespoke solutions incorporating high precision ball bearings, engineered metallic and plastic components and plastic injection technology. Its founder and long-time director, Joseph Egger passed away in May.

A New Challenge
The adventure began in April 1969. At the time, Joseph Egger was Sales Manager
for a local ball bearing supplier and

decided to begin a new challenge from scratch. Together with his son Rolf and Vincent Basile, he created the company J.Egger SA (shortened to JESA) whose first commercial venture was the general sale of ball bearings. Two years later, driven by the demands of the market, he began to manufacture specialist ball bearings. The premises were located originally on Route Neuve in the town of Fribourg. Business was good and thanks to investment in modern machines daily output increased from 1’500 to 5’000 pieces.

The Factory in Villars-Sur-Glane
Now cramped in its premises, in 1976 JESA began the construction of a new building in the industrial zone of Villars sur Glâne and subsequently moved there. In 1978 daily bearing production had risen to 11’000 pieces. The machine park was increased, and the 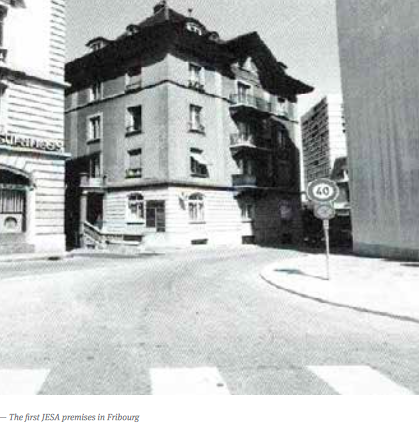 manufacturing premises were expanded and now included a plastic injection department together with its own mould making shop in addition to a mechanical workshop and a stock to support the daily business. Thereafter the Saurer- Wermex factory was taken over in 1984. For its 20-year anniversary JESA acquired a stake in the company Bultech Precision however in this year JESA achieved its ISO 9002 certification, infact being one of the first in the canton to achieve this. For its 30th anniversary JESA fully acquired the company Bultech Precision.

Biography
A hard worked all his life, Joseph Egger only decided to retire at the age of 77. With the wish that his company would remain in Swiss hands, he turned to the POLYGENA Group who specialise in providing succession for SME s and guaranteeing a long-term future for them. So, he handed over the reins of his business and in fact 2001 was a record year for production.

The Formula For Success
The success of JESA was not by chance but was as a result of hard work and attention to detail. Joseph Egger lived to the age of 93 but over the years he made an impression in the hearts and minds of many of his employees whether they stayed only a short time or whether they are still within the business. When asked about Mr. Egger he is described as well-respected and as someone that you did not say “no” to because he was in return very respectful to his employees. “he was very demanding but also very  specialised in turning and forming. Despite a difficult economic situation, the year 1992 marked an important step in the evolution of the company in the form of the creation of a sister company Jeska in Slovakia, the introduction of a computer system and a new production hall thanks to a new expansion of 2’300m2 on the back of which daily production grew to 38’000 bearings. Most importantly respectful”. 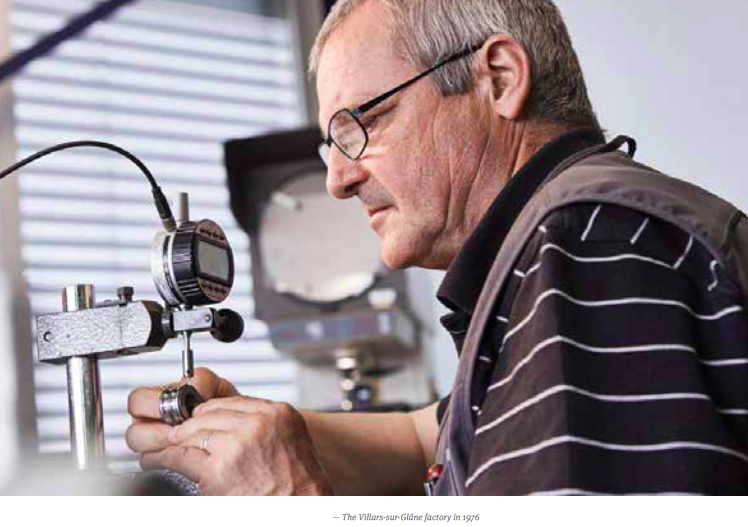 Some people remember clearly his obsession with order and tidiness. “when he decided that things were not well organised he thought nothing of throwing everything out into the corridor or tipping over the shelves… In these instances, then Monday morning was for tidying up or we had to wear slippers when we went into his office”. He was however also very generous with his teams and often organised football matches with other companies in the area… Football was one of his passions. “At my interview, he asked me if I played football. It was one of his criteria for selection” remembers one of his former employees at JESA.

The JESA of Today
JESA today, as a member of the POLYGENA Group, has approximately 280 employees worldwide. Its headquarters and its Swiss production site are still located in the industrial zone of Villars-sur-Glâne. The company now also has a manufacturing location in Wuxi, China. Winner of the Prize for Innovation in 2012, the company has recently made significant investments in new production machinery and also in the infrastructure in order to be able to continue to propose cutting edge solutions to the market. JESA will celebrate its 50th anniversary in 2019. 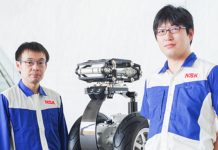 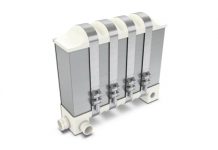 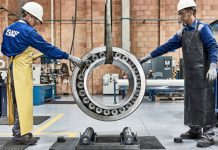 The power of predictability

Become a Sales Advisor with a leading engineering component distributor