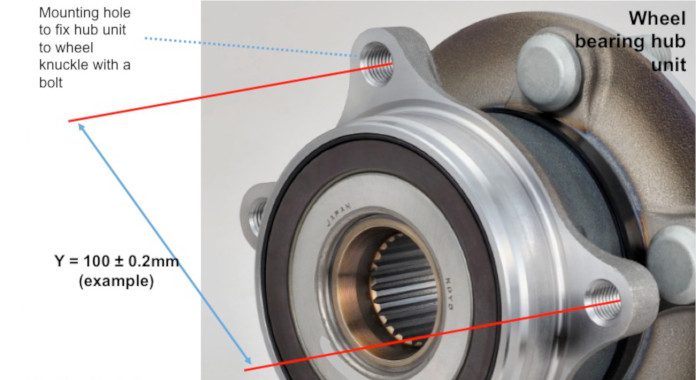 Introduction
Recently we published a paper that focused on the OEM design and validation of new automotive parts as a concerted effort among carmaker and supplier and the resulting added value of offering such parts also to the aftermarket (see Bearing News – March 2019 edition). The focus in that document was on designing and developing the right prototype part to meet the required functional behavior and performance of the part on the new car.

Once the optimal part design (prototype) is validated by the car maker, the next challenge for the supplier is to reproduce the parts in a validated serial production process, before the official SOP (Start of Production) milestone is reached.

The PPAP (Product Parts Approval Process) procedure which originates from early QS9000 quality standards (introduced into the global automotive industry in the 1990s – today superseded by ISO/TS 16949) is a procedure in which the supplier proves to the carmaker that proper production (and supporting) processes are in place that are “capable” of producing the part in serial production with a stable and high quality output (in terms of consistently staying within agreed specification limits).

Typically the PPAP process validation procedure ends with the submission to – and approval by the carmaker of the following PPAP documents:

The final validation of the supplier manufacturing process by the carmaker before SOP is established by the signing of the so called PPAP Part Submission Warrant (PSW). Only at this stage is the supplier allowed to start mass production of the part for the carmaker. 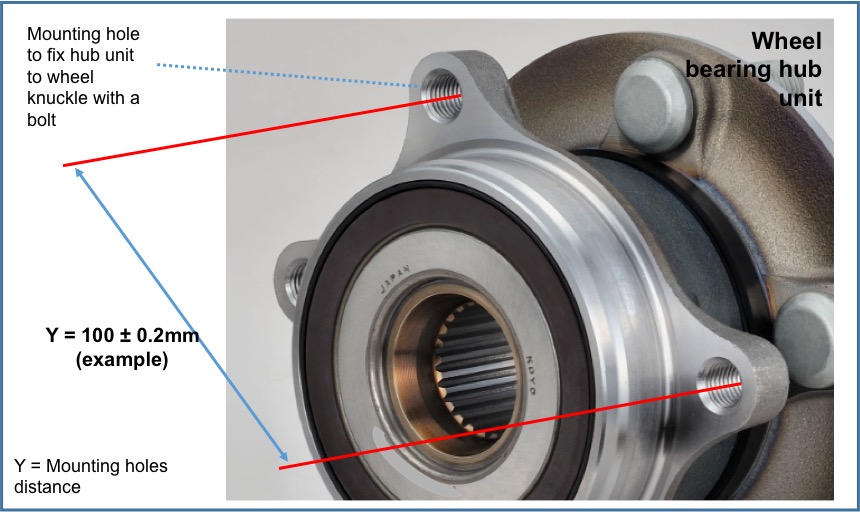 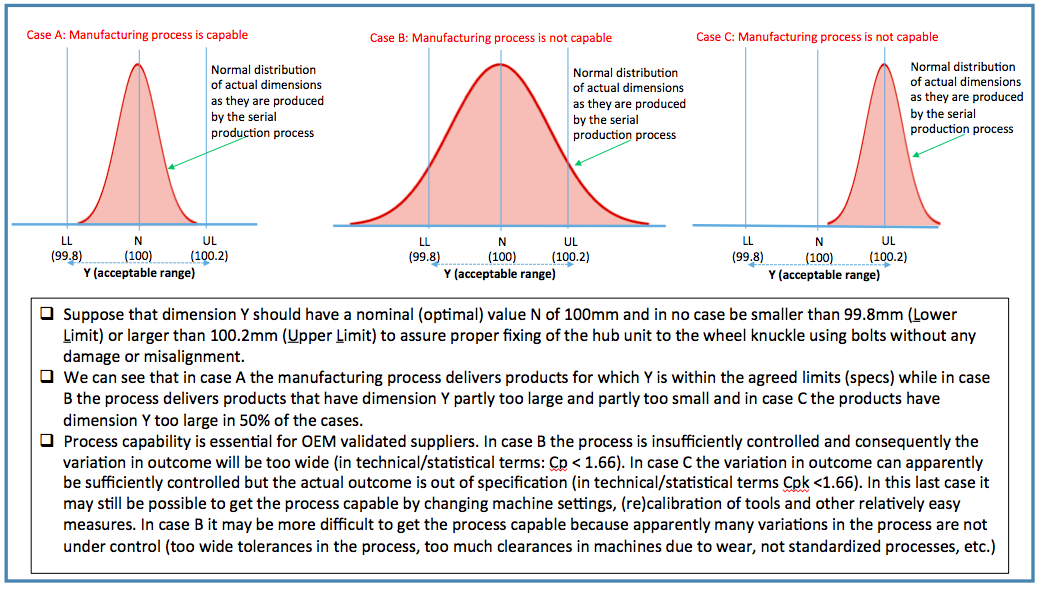 As can be understood from the above discussion the main characteristic to prove the suitability of the serial manufacturing process is the process capability. All critical dimensions and properties of the product design will have to be produced within well-defined limits (specifications) to make sure that the serial mass production parts have the same quality and performance as the final prototype part that was approved on the prototype car after surviving all types of bench and field tests during the development phase of the new car model.

In the attached case study we can see the importance of the capability of the manufacturing process that assures the proper dimensions between fixing holes on a wheel bearing hub unit. For automotive OEMs part mounting dimensions are very critical. In this case the position of the holes should be exactly the same as the position of the holes on the wheel knuckle to which the wheel bearing unit needs to be fixed. If the dimensions are out of specification there will be a serious risk of misalignment during the mounting of the bolts or damage to the thread (resulting in poor fixing of the wheel hub to the wheel knuckle) leading to an unacceptable risk of failure.

Conclusion
Designing, developing and validating a suitable automotive part and its manufacturing process is a meticulous multidisciplinary process involving both engineers and manufacturing experts from the supplier as well as from the carmaker side.
Even if a new AM parts supplier makes a perfect copy of the original OEM design, there is absolutely no guarantee that the same supplier is capable of reproducing the same part in large volumes in a capable serial process.

Therefore using OEM validated parts is the best warranty that they will perform according to the specifications and are actually produced with capable manufacturing processes, required to assure the proper long lasting performance in the field.

Koyo bearings
JTEKT corporation has a high reputation for excellent quality mass manufacturing of systems and products for diverse industries, including automotive, aerospace, agricon, windmill and others.

Koyo Bearings, a division of JTEKT Corporation, is a major developer and supplier of automotive bearings to the global automotive industry OEMs and aftermarket. The large range of OEM validated parts that are offered to the aftermarket are actually the same parts, from the same production processes as the ones that are originally supplied to the carmaker (as OEM parts) or the carmaker dealer network (as OES parts). The only difference is the marking and the special individual packing for distribution to the independent aftermarket.

Should you be interested to learn more, please do not hesitate to contact: Edward Korver or Jaap ten Kate

Condition monitoring on low-speed bearings in the water industry

Schaeffler develops new technologies for the industrialization of hydrogen production