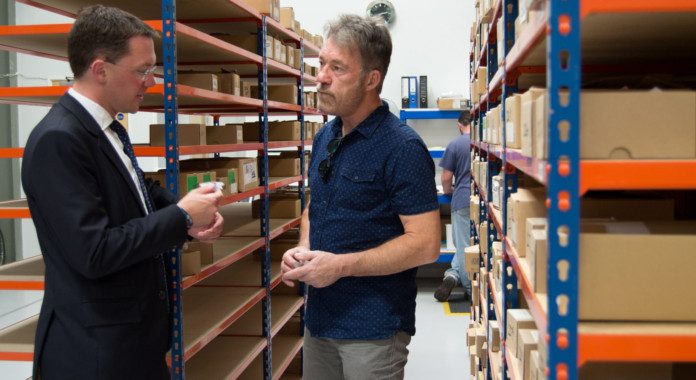 Amid Brexit negotiations, SMB Bearings welcomed Member of Parliament (MP) for Witney, Robert Courts, to its Oxfordshire warehouse. The specialist bearing distributor, which exports 40 per cent of its goods to the European Union (EU), took the opportunity to quiz Courts on his recommendations for businesses during this period of uncertainty.

Courts visit celebrated the success of SMB Bearings’ growth. Having carved a niche for supplying and distributing miniature, thin section and stainless-steel bearings, the company has grown exponentially since its inception 30 years ago. SMB Bearings spotted a gap in the market for small batch bearing relubrication during its early years and recently expanded its facility to include a relubrication processing room with proprietary equipment and additional staff.

SMB Bearings now boasts a 5000 square ft. facility in Courts’ Witney constituency, on the Ventura Business Park in Carterton, Oxfordshire. As the chairman of the All Party Parliamentary Group for Small and Micro-businesses, Courts praised SMB Bearings’ ability to maintain a niche product offering during such rapid business growth. 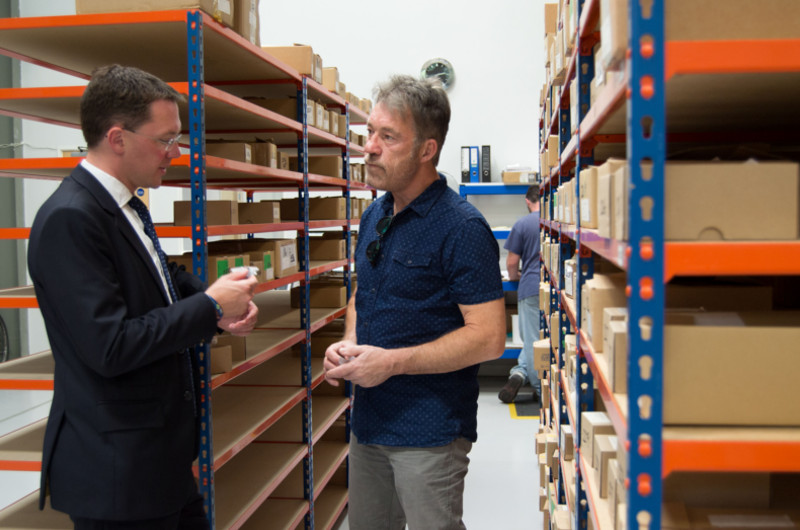 Despite the company’s success, SMB Bearings relies on exporting for around 60 per cent of its business, 40 per cent of which is within the EU. As a result, the company is currently implementing changes to prepare for the potential outcome of Brexit.

“We’re currently undergoing examinations to achieve Authorised Economic Operator for Customs (AEOC) status,” explained Chris Johnson, managing director of SMB Bearings. “The certification allows us to import and export more efficiently by ensuring our supply chain is secure and that our customer procedures are compliant.

“The quality mark is beneficial in itself, but could prove to be even more valuable depending on the outcome of Britain’s Brexit deal. Currently, exporters like ourselves have no idea how detrimental Brexit will be on our businesses. Without guidance from Government, it is vital that we begin to take steps to cover our own backs.”

Acting as Member of Parliament for Witney since 2016, Courts supported the Leave campaign during the EU referendum, although the electorate of Witney voted to remain.

In July 2018, Courts expressed disappointment in the Government’s proposed Brexit deal, revealing he will quit his post as Parliamentary Private Secretary in protest. Courts explained that, in his view, the plan will allow the European Court of Justice to remain supreme in practice for laws related to goods exported to the EU.

“Businesses should expect greater clarity within the next six months,” explained Courts, when asked what SMB Bearings should expect regarding Brexit. “Naturally, we want to see close trading links between Britain and the European Union. A deal whereby we can trade and cooperate with each other as equals would enable us to maintain a properly accountable democratic Government.”

SMB Bearings is undergoing AEOC certification to ensure it can continue to deliver to the EU.

More information on SMB Bearings’ product offering can be found on the company’s website. Alternatively, if you have any concerns about how Brexit will impact your bearing supply, you can speak to the SMB team directly on +44 (0) 1993 842 555. 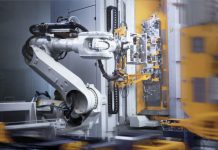 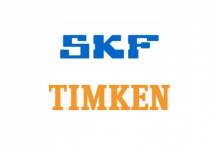 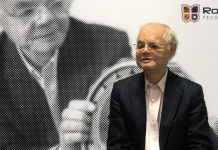