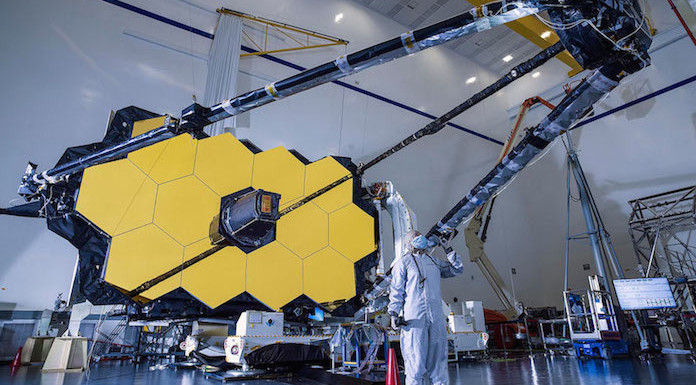 Science is an evolution. Galileo used his telescope in 1610 to help disprove the era’s common belief that most celestial objects revolved around the Earth. Modern astronomists use telescopes in orbit to understand more about planet formations, black holes and dark matter. The Hubble Space Telescope revealed the universe has about two trillion galaxies — 10 times more than previously projected. 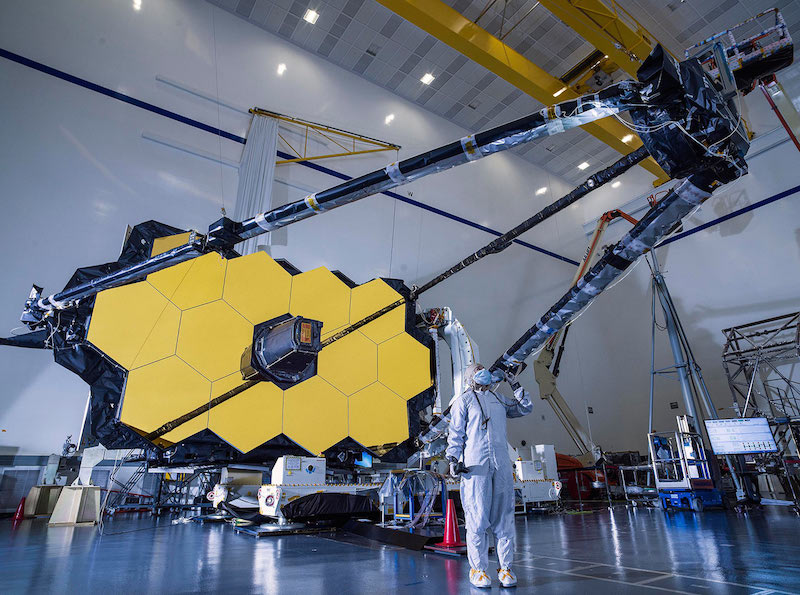 These discoveries yield more questions. Answering them means looking into space more closely, and with more clarity, than ever before. This is now possible with the James Webb Telescope, the most powerful telescope ever built.

When NASA launches Webb in December, the telescope will have Timken technology onboard to support a successful mission. It’s the latest example of how Timken bearing expertise advances deep space exploration and scientists’ knowledge of the universe. “Our bearing expertise has been trusted to help customers explore space, make discoveries about the universe and even track and predict weather.”

Scott Lafalam, Timken application engineering specialist, started working with a NASA contractor on ball bearing designs and materials for the telescope 12 years ago. He says their requirements were tough, but typical for space flight.

“The bearings had to be capable of exceptional high-performance in a space environment,” he says. “After all, you can’t maintain or replace a bearing once it’s in orbit one million miles away.”

Timken bearing technology supports two critical Webb telescope systems: mechanisms that secure key components of the space telescope prior to deployment and the downlink antenna that will make communication possible.

During the trip to deep space, latch mechanisms featuring Timken® ball bearings will secure deployment booms supporting the telescope’s kite-like five-layer sunshield, keeping it folded up like an origami flower. During deployment, the latches will open and release the sunshield to block light and heat from interfering with the telescope’s sensitive instrumentation.

Timken bearings are in the biaxial gimbal assembly which supports the downlink antenna.  One preloaded bearing pair is part of the input side of the assembly.  The output side includes a second bearing pair and a radial bearing. Both systems work together to position the antenna for constant two-way data transmission between the orbiting telescope and Earthbound scientists.  All the gimbal assembly bearings have prior heritage in space applications.

When NASA launches Webb in December 2021, the telescope will have Timken technology onboard to support a successful mission. It’s the latest example of how Timken bearing expertise advances deep space exploration and scientists’ knowledge of the universe.

Expertise dating back to the origins of (space) flight

Lafalam and his colleagues are the latest generation of Timken aerospace bearing experts building on knowledge that dates to early flight and space exploration.

Timken has been around since before the Wright brothers conducted their ground-breaking flight and has played a role in evolving aircraft technology ever since.

When it comes to space missions, company engineers have developed diverse solutions for NASA missions since 1958. Timken split ball bearings for horizon sensors helped the earliest astronauts keep experimental spacecraft on course. After Neil Armstrong and “Buzz” Aldrin walked on the moon, a Timken-equipped gyro guided their Lunar Exploration Module back to the mother ship so they could return home.

“The bearings had to be capable of exceptional high-performance in a space environment. After all, you can’t maintain or replace a bearing once it’s in orbit one million miles away.”

When NASA astronauts embarked on a 2009 spacewalk to make delicate repairs to the Hubble Space Telescope, they used mini power tools with Timken custom thin-section precision ball bearings that could withstand the extreme operating temperatures and vacuum of space.

Lafalam notes that ultra-high quality, mission-critical reliability and outstanding engineering support are just part of the job. “Our bearing expertise has been trusted to help customers explore space, make discoveries about the universe and even track and predict weather,” he says. “We do this work every day so, it’s easy to take for granted.”

As the launch approaches, the significance of the work — the potential impact of impending discoveries — is unmistakable.

How is bearing technology changing?

Environmental permit is given to Ovako´s hydrogen plant