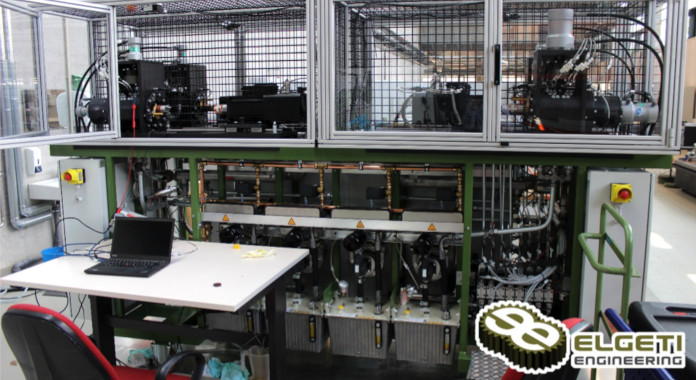 When scientific research aims to break down the existing limits of machine elements, the associated equipment must meet the highest demands. Professor Kirchner and his team at the Technical University of Darmstadt (TUD) intend to use the electrical properties of rolling contact bearings for various purposes, including as sensors. This endeavor poses two particular challenges: measuring the bearing’s impedance at high frequency and understanding how the associated high frequency electric currents might impact bearing life. For this purpose, Elgeti Engineering GmbH built a special test rig which is capable of applying and measuring high frequency electric currents and voltages on all four of its stations.

The first research results were announced at the BearingWorld International Conference in October 2020.


The current trend in process monitoring and predictive maintenance propels the development of sensor-rich systems. Against this background, the authors investigate using bearings’ electric properties as a sensor. This approach is based on electric impedance of bearings under an EHD regime, which depends on bearing load, speed and temperature. In an EHD regime, a non-conductive lubricant separates the surfaces of the rolling elements and the bearing rings. The electric model for every rolling contact is a plate capacitor, with the plates formed by the Hertzian area and the lubrication film thickness being the plate distance, as shown in Figure 1. In addition, the marginal area around the Hertzian area influences the electric impedance. Figure 2 shows a schematic design of such a sensor bearing. The lubrication film thickness depends on the temperature and rotational speed of the bearing [1]. Therefore, speed and temperature sensors are integrated into the sensory bearing. The electric measurement circuit needs to be isolated from the metal structure of the machine; the necessary isolating layers are shown by red lines in Figure 2. Finally, the electric impedance, temperature and rotation speed data are processed into information about bearing loads, lubrication condition and possibly bearing condition.

The experiments for this study are done on the bearing test bench shown in Figure 4. Lubricant temperature, rotation speed and radial load are held constant for each measurement. An electric voltage U with frequency of 5 MHz and amplitude 1 V is applied between the inner and the outer bearing ring. The voltage U and current I are measured and the electric impedance is calculated with Z=U⁄I.

In Figure 5 an exemplary measurement result is shown. A periodic fluctuation between two impedance values is visible. The results are analyzed in the frequency domain. Figure 6 shows the FFT diagram of the measurement in Figure 5. Two significant amplitudes appear in the first and 3,6th order with reference to the speed of 1000 rpm.

In contrast to the expected single frequency (see section 1), two different frequencies are observed. A possible explanation for the value of f1 is an unbalanced shaft. The imbalance causes a load variation at the frequency of the rotational speed. The second frequency is caused by the effect shown in Figure 3.

The experiments in this study about the frequency spectrum of impedance signals of rolling bearings have shown that there is a connection between the frequency components and the rotation speed, and thus dynamics and kinematics of rolling bearings. The presented explanatory approach suggests that the rotational speed can be extracted from the impedance signal if the shaft is significantly unbalanced. The benefit for the sensory use of the electric effects in rolling bearings is that there is no need for an additional speed measurement anymore because the information is already contained in the measured signal. Further investigations could deal with a different number of rolling elements to validate the connection BPFO and the observed frequency f2.

Acknowledgement
These experiments were performed using an EELPRAAX-80-4E test rig custom-built by Elgeti Engineering GmbH for this research. It is based on their standard bearing test rigs and allows time-dependent control of the axial load, radial load, speed, oil temperature and oil volume. A special feature of this particular rig is the ability to apply high-frequency AC currents in a targeted manner and to measure high-frequency voltages and currents. In order to accelerate the research process, the rig has four identical and independent testing stations.

The adaptation and setup of the test bench was supported by Deutsche Forschungs-gemeinschaft under project number 401671541. The financial support is gratefully acknowledged. 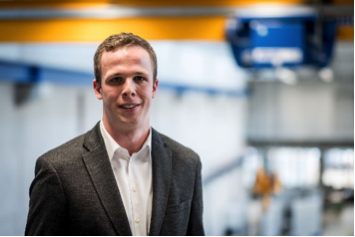 The Alternative Power – remains proactive and optimistic with a realistic view

Timken Engineers Design Bearings for the Next Mars Rover

The power of the Source Qualification Inspection (SQI)