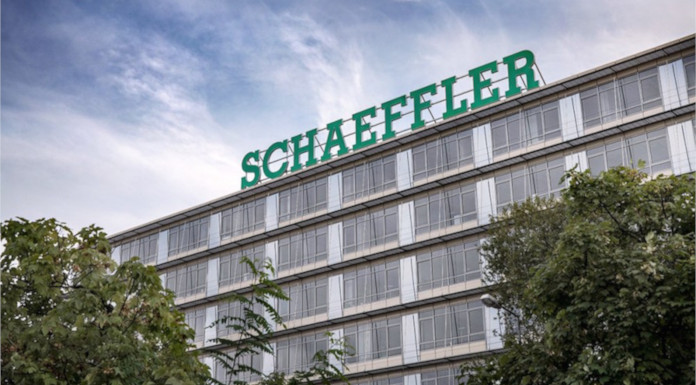 In view of the rapidly changing market environment and the accelerating transition taking place in the drive technologies segment, the Board of Managing Directors of Schaeffler AG has decided on additional restructuring measures aimed primarily at further boosting competitiveness in the Automotive Technologies division as well as reducing fixed costs and overcapacity. These measures are to be largely implemented by the end of 2026. Matthias Zink, CEO Automotive Technologies, commented as follows: “We are moving into an environment where being the technology leader is no longer enough. The critical factor now is to have in place the competitive cost structures needed to further accelerate the transformation process and ensure that Schaeffler is fully geared for powertrain electrification. And that in turn requires us to reduce our cost base and cut overcapacity.”

The accelerated transformation towards electrification in the automotive drive technologies segment is leading to overcapacity in products for internal combustion engine vehicles and hence the need for further adjustments. Another factor driving the need for further adjustment at Schaeffler is that automakers are continuing to cut back on development programs for combustion engine vehicles. Moreover, Schaeffler is committed to maximum efficiency in its internal structures, for both production operations and central functions, in order to reduce fixed costs and keep internal processes as lean as possible.

Accordingly, the planned structural changes involve the cutting of a total of 1,300 positions, mainly in the Engine & Transmission Systems and Bearings business divisions within Automotive Technologies, and in the company’s central functions. Approximately three quarters of the capacity reduction will affect positions in administration and in central functions in the area of R&D for internal combustion engines, with the other one quarter in production. Positions will be cut both in Germany and abroad. Within Germany, the locations affected are mainly Herzogenaurach, Bühl, and Homburg. One in four of the positions lost will be at locations outside Germany. “The measures decided on by the Board of Managing Directors mark an important step towards ensuring future growth. Their purpose is to further sustainably strengthen Schaeffler’s competitiveness and future-readiness and to enable us to safeguard jobs in Germany over the long term,” said Sascha Zaps, Regional CEO Europe. The measures are expected to generate annual savings of up to EUR 100 million. The measures will generate transformation expenditures of about 130 million euros, most of which is expected to be recognized as a provision in the financial statements for Q4 2022.

Package of measures with a two-pronged approach


The bearings market is extremely competitive, making internal structural adjustments in bearings production in Herzogenaurach unavoidable. In Herzogenaurach and Bühl, and also at locations abroad, Schaeffler plans to adapt its internal structures in internal combustion engine R&D to the new market conditions, which will involve a degree of downsizing. And in the E-Mobility business division, the need for further efficiency improvements in the area of prototype construction will require some structural adjustments in Bühl and Herzogenaurach. In Homburg, the planned measures are focused on ensuring a competitive production operation, with increased automation combined with more efficient internal structures and processes in production resulting in job cuts. It is also planned to cut some administrative positions in central function departments of the Schaeffler Group, mainly in Herzogenaurach, in order to reduce fixed costs.

The Schaeffler locations of Ingolstadt and Morbach are engaged solely in the production of components for vehicles with internal combustion engines, which are impacted by falling demand. Over the next few months, strategies for these locations will be developed in consultation with the local employee representatives on the basis of newly designed dialog processes.

At the same time, Schaeffler intends to strengthen the German locations impacted by the capacity reduction measures by investing in new technologies. In Herzogenaurach, the company will step up its hydrogen activities and further expand the hydrogen center of excellence. This is in addition to the central laboratory facility already under construction there. Development operations at Herzogenaurach for electromobility components and systems will also be stepped up. Herzogenaurach will also be developed as the company’s lead plant for forming technology for bearings, and new digitalization and automation technologies will be implemented and deployed on an ongoing basis. At the Bühl location, Schaeffler is expanding its electromobility development and production, transforming the facility into its global lead plant for electric motor production. A center of competence for rolling elements will be set up in Homburg. Schaeffler will invest in digitalization and automation there for this purpose.


As part of the effort to future-proof the company’s German locations, the Board of Managing Directors of Schaeffler AG has also decided to transfer the Gunzenhausen plant to the Automotive Aftermarket division. A substantial proportion of the location’s production output already goes to the trading business. A concept plan for adapting the plant’s production to the requirements of the Automotive Aftermarket division is now being developed. Responsibility for the plant will be progressively transferred to Automotive Aftermarket as from 2024. Both plant management and employee representatives will be intensively involved in developing the concept plan.

Social responsibility based on the Future Accord


The package of measures will be implemented with maximum consideration for social responsibility, on the basis of the Future Accord with IG Metall concluded by the Schaeffler Group in 2018. The company is currently engaged in constructive dialog with employee representatives with the aim of implementing the structural measures using a diverse combination of tools and to avoid compulsory redundancies. Employees will also be offered additional training programs and professional development initiatives. “We are now focused on moving quickly to develop detailed socially responsible solutions in consultation with employee representatives so that we can provide clarity for everyone involved as soon as possible,” said Schaeffler AG Chief Human Resources Officer Corinna Schittenhelm. “Our shared goal is to ensure these measures are implemented in a reasonable and carefully considered manner so that we can give our locations the best possible foundation for the future.”