The world’s leading trade show for industrial technology is spreading its wings. In September of 2018, Deutsche Messe is staging its first-ever HANNOVER MESSE in the USA.

Chicago. HANNOVER MESSE is the world renowned trade show brand synonymous with industrial innovation, key trends and business leads. The event has long made a name for itself as a global hotspot for Industry 4.0 technologies. CEOs of global corporations, managers of SMEs and leaders of the world’s major industrial nations all use HANNOVER MESSE (currently staged annually in Hannover, Germany) to keep up with the latest trends and developments in industrial digitalization. This strong profile has yielded steady growth in the show’s German and international exhibitor and visitor following. This year, more than half of HANNOVER MESSE’s exhibitors and some 70,000 of the show’s visitors came from outside Germany.

“There is no other trade show brand like it anywhere in the world,” commented Deutsche Messe Managing Board Chairman Dr. Jochen Köckler. “We now want to leverage the power of the HANNOVER MESSE brand to speed up growth in our foreign markets. “Therefore, we are premiering HANNOVER MESSE USA co-located with IMTS September 2018 in Chicago.” 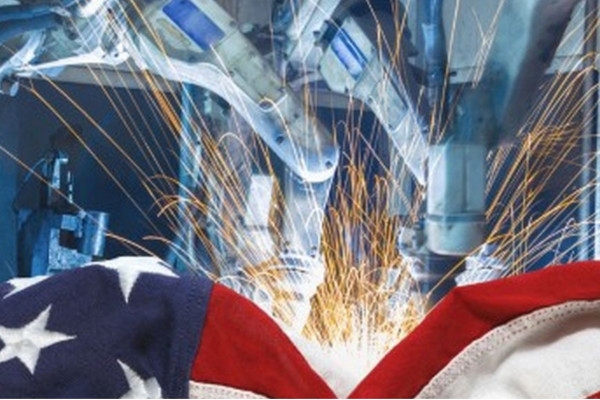 Internationalizing its strong, German-grown trade show brands is a strategy Deutsche Messe has been successfully pursuing for many years, and the company now stages some 60 events outside Germany every year. The bulk of these are industrial trade shows, dealing with specific sectors such as industrial robotics, factory automation, energy technology and industrial supply.

Deutsche Messe has had a presence in the U.S. market for many years and has been running trade shows in Chicago since 2012. Starting in September 2018, it will now cluster these Chicago-based shows under the brand name “HANNOVER MESSE USA”. “As a brand, HANNOVER MESSE has been steadily adding to its acclaim in the U.S. market, in part thanks to the country’s Partner Country showcase in 2016 – a momentous event attended by President Barack Obama. By launching HANNOVER MESSE on U.S. soil, we hope to attract even more exhibitors and visitors to Chicago while also generating positive spin-off effects for HANNOVER MESSE at its home base in Hannover, Germany,” said Köckler.

The premiere of HANNOVER MESSE USA is expected to attract some 550 exhibitors and more than 100,000 visitors and will occupy about 130,000 square feet of display space. For comparison, next year’s HANNOVER MESSE in Hannover, Germany is likely to attract more than 5,000 exhibitors and about 200,000 visitors. Köckler added, “Our trade shows outside Germany are aimed exclusively at local and regional visitors. Our trade shows in Hannover, Germany, on the other hand, will continue to be pitched as the global flagships of their respective target industries, and will thus remain focused on an international clientele.”

HANNOVER MESSE is the world’s leading trade show for industrial technology. With its core focus on “Integrated Industry” and “Integrated Energy”, it is the No. 1 global platform for Industry 4.0. The show will next be held from April 23 to 27,

2018 in Hannover, Germany, and will provide a comprehensive overview of the latest visions and technologies for the digitization of production and energy systems. The upcoming HANNOVER MESSE will feature five parallel shows: IAMD (Integrated Automation, Motion & Drives), Digital Factory, Energy, Industrial Supply and Research & Technology. It will also be co-staged with CeMAT, the world’s leading trade fair for intralogistics and supply chain management. Mexico will star as the Partner Country of HANNOVER MESSE 2018.

2017 marks the 70th anniversary of Deutsche Messe AG, which was founded in 1947 with the staging of Germany’s first-ever Export Fair. Seven decades later, Deutsche Messe has taken its place among the world’s top organizers of investment goods trade shows, sporting a rich portfolio of events held in Germany and around the globe. With projected 2016 revenue of 301 million euros, the company ranks among the five biggest trade show companies in Germany. Its portfolio includes world-class events, such as CeBIT (digital business), CeMAT (intralogistics and supply chain management), HANNOVER MESSE (industrial technology), INTERSCHUTZ (fire prevention, disaster relief, rescue, safety and security), and LIGNA (woodworking, wood processing, forestry). With approximately 1,200 employees and a network of 62 sales partners, Deutsche Messe is present in more than 100 countries.

Which Bearing Quality is suited to my Application?