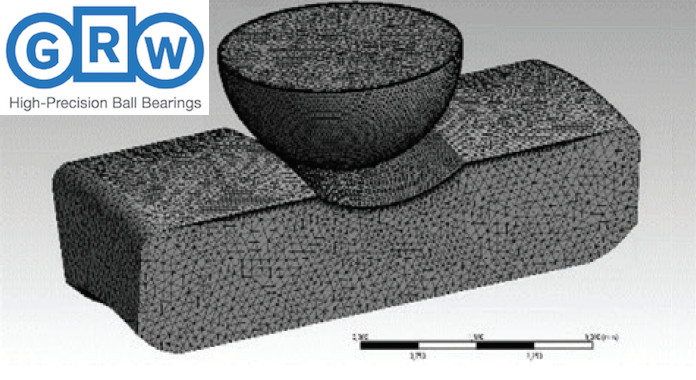 “The systematic analysis of the effects of launch loads is a key part of the process to select the best bearing solution for a given application.”

Space consists of everything from the big bang and the creation of the Universe to the galaxies and planets, right down to objects around 10 cm3 we call satellites. Satellites are designed to fulfil specific tasks like Earth observation, communication, navigation and of course human life support. They are deployed normally in a low Earth orbit to allow real time data transfer. According to the Bryce Tech reports around 40% of small satellites were launched in 2020 alone and the prediction is that around 1400 small satellites per year will be launched over the next ten years. Therefore, it is clear the business potential is significant.

This increasing number of satellites means an equally large increase in the number of subsystems on board. For example LIDAR sensors for pose estimation, reaction wheels and gyros for positioning and actuation mechanisms for solar panels.

In each of these applications, to achieve the desired accuracy of operation, super precision ball bearings from GRW are employed. These bearings need to be carefully designed to avoid common failure mechanisms. One important but often overlooked area is the ability of the bearing to withstand the significant shock loading during launch and sometimes re-entry. If the bearing design somehow overlooks or underestimates these loads during the system design, this can result in catastrophic results. Such a bearing failure can cause whole system failure.

This article outlines some of the lessons learnt both positive and negative by GRW over years of design experience in space applications. A standardized strategy to understand what happens when shock loads occur and their systematic investigation is introduced here. In conclusion, the article provides general guidelines and recommendations that can help the space community to avoid early design errors, to optimize their solution and assist in selection of the correct bearing for the application.

Clarification of the following issues helps to define the objectives:

Therefore, I tried to provide the convincing explanation to the issues mentioned.

Methods and Techniques for Bearing Design and Selection

GRW possesses the expertise and employs various simulation and experimental techniques to investigate the bearing quasi-statically as well as dynamically. This helps the designer to critically consider the operating scenario in their design process and accordingly select the bearings that suit the application. So, how do we do it? The strategy is standardized and can be easily self-explained through the following process chart (refer to Figure 2).

Mesys bearing calculation program helps to determine the overall load distribution inside the bearing (Figure 3 a) & b)) and based on that performs the bearing life calculation as per ISO 281. Together with this, program also estimates the influences of bearing and shaft-housing tolerances and temperatures on the resulting operating clearance in the mounting situation.

Based on the loading situation, resulting contact angles and pressure distribution (refer to Figure 3 b) can be determined. This makes possible to identify whether, under the shock loads, truncation of the contact ellipse occurred or not. Because this is a critical situation, that one should avoid. The maximum resulting rolling element load is extracted and used as an input for FE-Contact simulation.

Similarly, Figure 4 shows the FE-Ansys full bearing model, which is then reduced to a single ball-raceway contact (Figure 4. b) to have an advantage of computation and convergence efficiency. This replicates the exact loading scenario and aims to simulate the detailed contact situations to determine the contact stiffness and deformation (Figure 4.)

In this way, we can make a qualitative as well as a quantitative statement whether the given shock loads tend to cause the plastic deformation or not.

Nevertheless, an indentation test setup (see Figure 5) is developed to verify the simulation model. A single ball is pressed against a ring to find the impression. The indentation is optically investigated, measured, and evaluated (see Figure 5 d).

Static testing is followed by the dynamic noise and vibration testing to investigate the behavior and performance. It is made assured if in case under the shock loads truncation occurred, it is away from the running track and the operating behavior of the bearing will not be influenced when the bearing is operated under the normal operating conditions.

By performing the critical analysis, we can make recommendations; say for example, for the right bearing selection in the following ways:

These guidelines and recommendations from GRW can certainly help the designer to consider the factors arising due to shock loads, accordingly find the suitable solution of 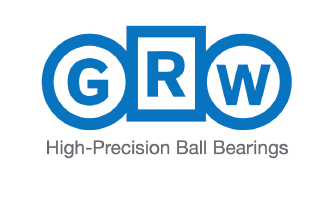 bearing selection for their applications, and avoid the potential failures of the systems.

More information can be found at www.grw.de

This article is published in BearingNews March 2022 issue