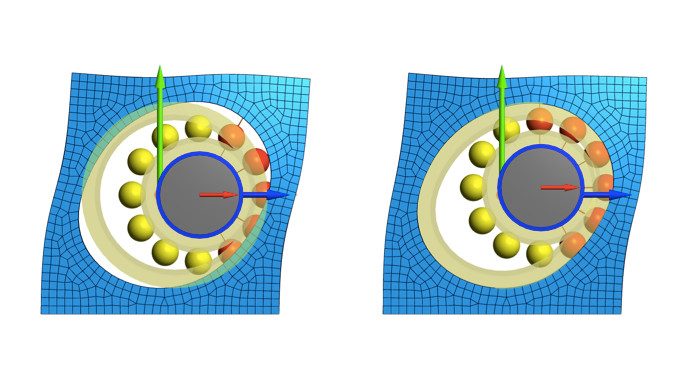 The REXS-format for data exchange with other calculation programs was added to the shaft system calculation. See www.rexs.info about information regarding the standard. Shaft systems including bearings and coupling by cylindrical and bevel gears can be exported or imported. Also load spectra are considered in the definition. This standard format should allow data exchange with other CAE programs.

A large extent in version 10/2018 has the improved integration of FEA calculations into the software.

Now hexahedral and tetrahedral meshes can be generated using the integrated meshers. Second order elements should be used with tetrahedral elements.

Forces and supports can be defined directly on imported 3D-elastic parts. This allows to add forces on a housing or to define additional stiffness supporting a housing. 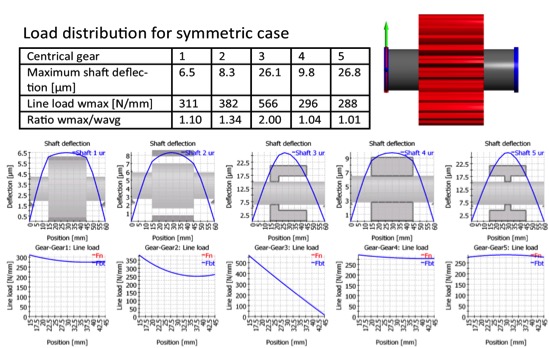 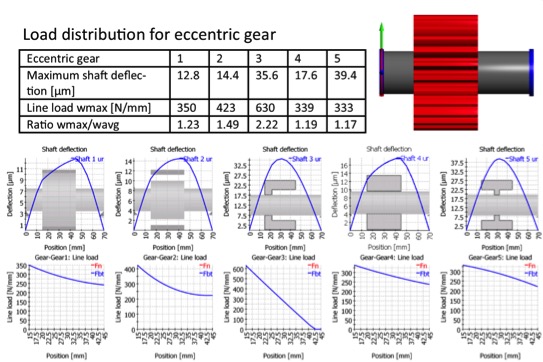 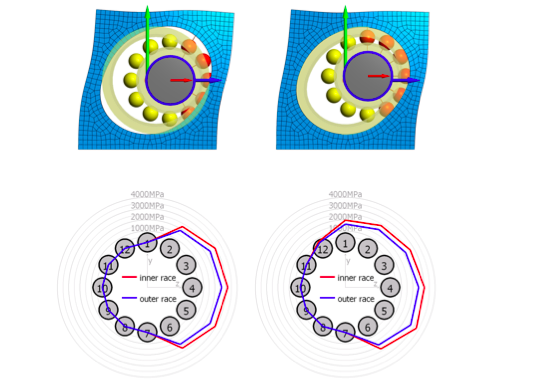 Another example for the stress distribution in a large bearing with elastic rings is shown in following image. The stiffening effect of the housing can be especially seen in the back bearing. 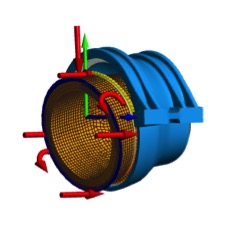 After a one-time condensation for 3D-elastic FEA based parts the calculation time is seconds as with the beam model. Therefore parameter variations of load spectra can be considered like for the beam models.

Properly considering the influence of shaft bending when testing bearings 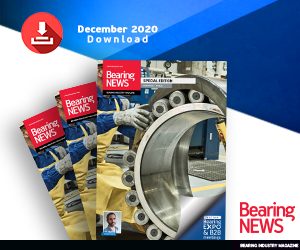