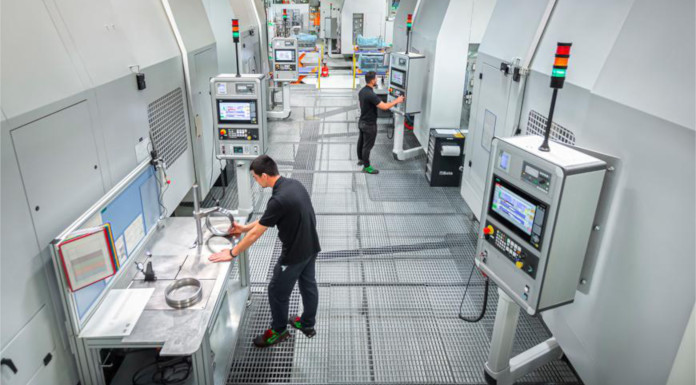 NTN has announced an investment of €14.5 million over three years to modernise its plant near Turin. Specialising in the development and production of spherical roller bearings, the Italian NTN plant aims to capture new market shares and increase its global reach. 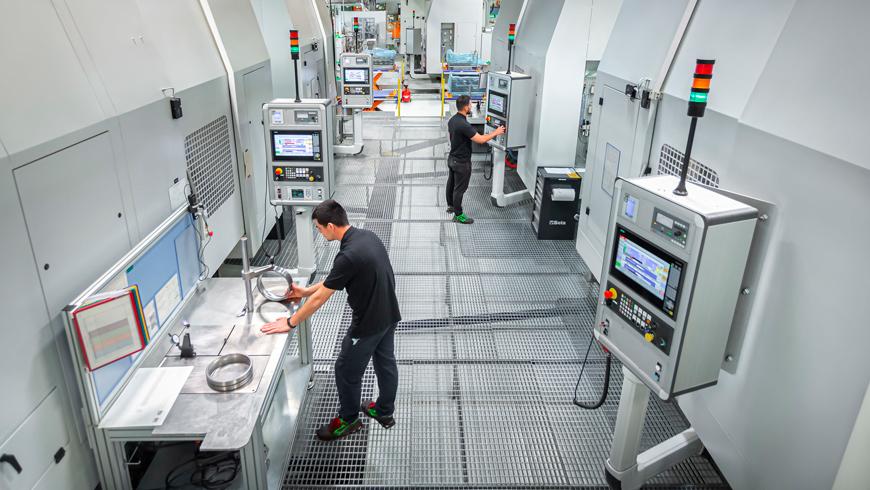 A strategic and historic site

A joint venture created in 1972 at the initiative of several bearing manufacturers, including SNR, in order to pool production costs, the Italian plant saw a major turning point when SNR was acquired by NTN in 2007. Over the years and until 2013, NTN gradually bought up all the shares in the plant to become the sole owner. Aware of the obsolescence of machines and in order to meet the increasingly demanding requirements of the various markets involved in spherical roller bearings, the Japanese equipment manufacturer validated the launch of the project in 2017: NTN Made In Italy.

An ambitious project for the future

The aim of this modernisation project is to (re)develop the plant’s activity and enable NTN to capture new market shares.

It is based on 3 pillars:

Another essential step in this site modernisation is the implementation of SAP in all areas of the plant, including the machines, in order to speed up processes and reduce paperwork.

An initial instalment of 7.5 million Euros has been made available for this purpose, with a second instalment to be allocated at a later date.

Thanks to this investment, local production is maintained to serve the European market. This proximity provides several advantages:

In March last year, the plant was awarded the valuable Italian “Transition 4.0” label as part of the national transition plan 4.0 issued by the government to companies participating in the “Industry 4.0” model. The aim being to sustain and support companies in the process of technological transition and environmental sustainability, and thus restart the investment cycle.

At the same time, the plant is striving to capture new projects such as the latest one related to heat treatment for bearings designed for the manufacturing market. A railway quality level is thus applied as standard to all bearings produced.

“Our production site wishes to align itself with the recognised quality of NTN products. Our customers buy from a reputable brand to ensure that they procure impeccable products of high quality. Thus, with the modernisation of our plant we are able to offer bearings with an increased level of precision. By optimising production flows, it is possible to respond effectively to variations in deadlines and to increase product availability.

In addition to those investments, the plant is innovating with the KIZEI® range, the first spherical roller bearing equipped with metal shields. Our aim is to become a major player in the market by providing unique and value-added solutions to end users.” explained Raphaël Demory, Plant manager.

A patented technology made in Italy: KIZEI®

Launched in 2019 after 4 years of research, development, industrialisation and real-world tests, KIZEI® is an example of high quality production.

This innovative patented concept has been developed to meet the current requirements of the market, not only in Europe but also in North America, which is showing great interest in it. This spherical roller bearing is protected by nitrided metal shields attached directly to the cage. This provides protection against solid particles, improves grease retention and meets ISO dimensions without reducing load capacity and rotation speed or minimising the possibility of misalignment.

Designed to last at least twice as long (and up to 5 times longer in specific applications) as an open spherical roller bearing and to reduce the need for relubrication by up to a factor of 3, KIZEI® guarantees the customer a reduction in maintenance costs and optimisation of production tool efficiency.