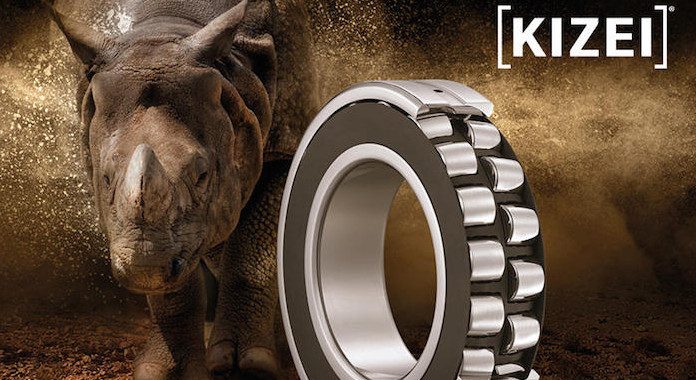 Staying true to the company’s top priority – customer satisfaction – the NTN-SNR engineering team based in Annecy, France, observed that 21% of damage to open spherical bearings is due to solid contamination and 13% to lubrication problems. This results in premature wear to the bearing, high maintenance costs and significant production losses. The problem is daunting: how to limit these two factors that cause premature end-of-life?

After more than four years of research, development, industrialisation and real-world tests, here is the solution brought to the market by NTN-SNR: KIZEI®. The Japanese name represents not only a specific product but also a full range of new spherical roller bearings developed to meet current market requirements.

In figures: 30%
This is the short-term sales share that NTN-SNR envisions for its KIZEI® range. Open models currently account for 90% of the company’s spherical roller bearings sales, with the remaining 10% being sealed models. NTN-SNR aims for the KIZEI® to reach 30% of total sales by 2022 (60% open models, 10% sealed). 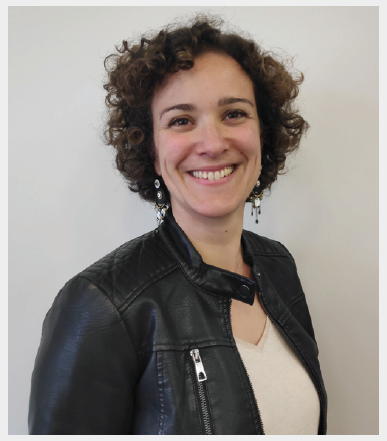 Who is the KIZEI® for?
Mines, quarries, industrial ventilation, cement works, the iron and steel industries, sectors that make use of conveyors and overhead cranes, and more. We do not aim for any specific applications. KIZEI® (44 references as of now) is marketed via industrial distribution and aims to become the standard rather than an open bearing. And that’s why we want to develop the most complete range possible.

Can you tell us about tests that were carried out before the bearing reached the market?
The KIZEI® was rigorously tested and shown to make a difference! After 2,200 hours of service on a quarry conveyor, it was found that the KIZEI® bearing, having worked for twice as long as the original open bearing, displayed far fewer impact marks. This proved that the metal shield was really doing its job.

The second highly revealing test took place in the abrasive, dusty environment of a cement works. The company had recorded a €770,000 loss due to downtime caused by near-monthly replacement of the open bearing. When the KIZEI® was used, there were
three times fewer shutdowns, and the cement works saved €515,000 over the year.

These tests prove that the KIZEI® is as important for maintenance as it is to production. And meeting the needs of both of these is one of NTN-SNR’s stated aims.

And in terms of cost?
Like every single innovation that enters a market, KIZEI® has a higher purchase price than existing models. The cost is justified because its exclusive features guarantee a lifespan that is at least twice as long, with one third of the maintenance costs. As for its ISO dimensions, they are completely interchangeable and do not entail any additional costs.

Why the name “KIZEI®”?
“Kisei” with an “s”, means “regulation” in Japanese. This signifies the regulation brought about by the new product: less contamination going in, less grease going out. “Kisei” is also one of the major title names in the game Go. We wrote it with a “Z” because in bearing terminology, we symbolise the name of a product by a number and letters in suffix to represent the different options. The metal shield used in this new bearing is symbolised by a «Z” – hence the name KIZEI®. 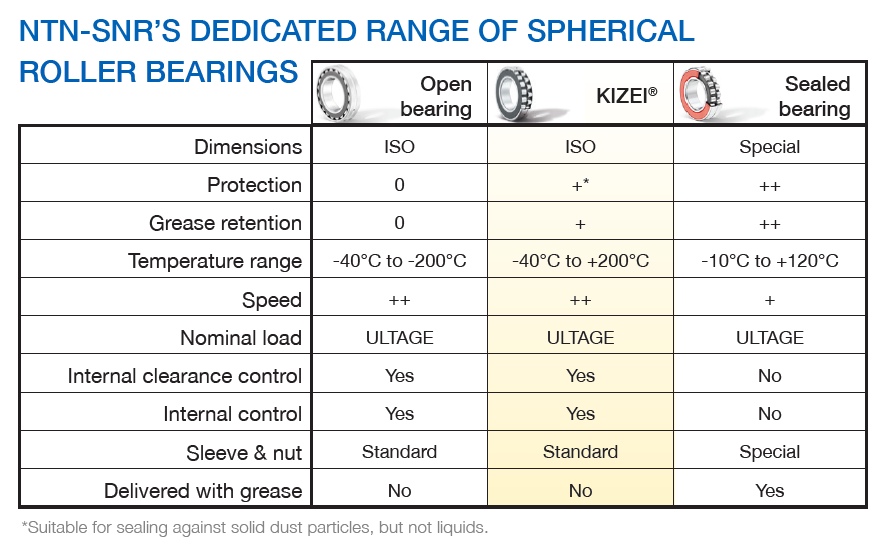 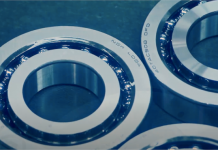 Machine Tools – NSK Precision for today and the future 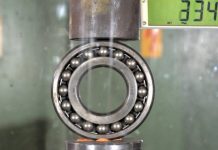 How Strong Are Ball Bearings? How Fast is the Shrapnel? Hydraulic Press Test! 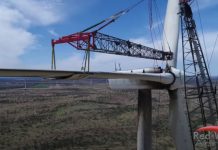