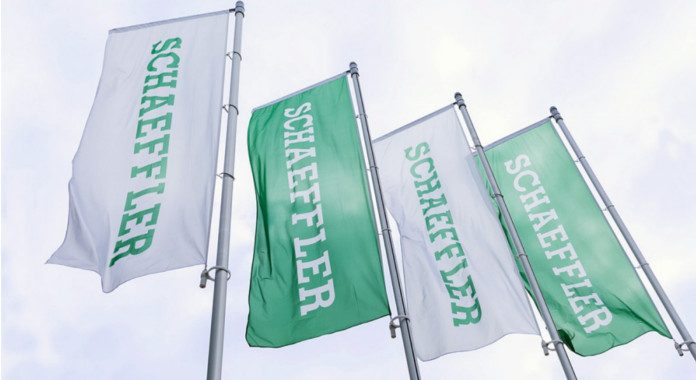 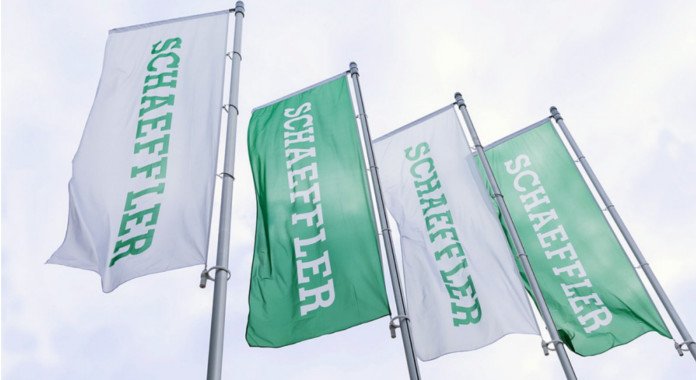 Global automotive and industrial supplier Schaeffler presented its results for 2019 today. The Schaeffler Group’s revenue for the reporting period amounted to approximately 14.4 billion euros (prior year: approximately 14.2 billion euros). At constant currency, revenue for the period increased by 0.1 percent. Constant-currency revenue growth of the two Automotive divisions was slightly negative, but trended up in the second half of the year, while the Industrial division reported revenue growth throughout the year, although this growth leveled off in the second half. Of the four regions, the Greater China and Americas regions contributed to constant currency revenue growth while revenue declined in the Europe and Asia/Pacific regions.

Net income attributable to shareholders of the parent company for the reporting period amounted to 428 million euros, falling considerably short of the prior year level (881 million euros). Earnings per common non-voting share were 0.65 euros (prior year: 1.33 euros). On that basis, Schaeffler AG’s Board of Managing Directors will propose a dividend of 45 cents to the annual general meeting. This represents a dividend payout ratio of approximately 43 percent (prior year: approximately 40 percent) of net income attributable to shareholders before special items.

Klaus Rosenfeld, CEO of Schaeffler AG, commented on the performance of the business in 2019: “In a challenging environment, we were able to meet our guidance for revenue growth as adjusted in July and slightly surpass the EBIT margin target. Even more encouraging is our strong free cash flow of 478 million euros, which was considerably higher than expected. Our earnings for 2019 prove that our positioning as a global automotive and industrial supplier is invaluable. In addition, we are seeing that the measures we have taken to strengthen our cost and capital efficiency, as well as the three divisional programs RACE, GRIP, and FIT are paying off.”


The Automotive OEM division generated 9,038 million euros (prior year: 8,996 million euros) in revenue during the year. At constant currency, revenue decreased by 0.8 percent from the prior year. An adverse impact of pricing was only partially compensated for by increased volumes, mainly due to the weak market environment in the global automotive business. On the whole, however, the 4.8 percent growth rate for the year was still considerably higher than the average growth in global production of passenger cars and light commercial vehicles, which declined by 5.6 percent during the reporting period. Orders won in 2019 totalled 15.0 billion euros – a record amount that was mainly driven by order intake in the E-Mobility business division. This order intake represents a book-to-bill ratio, the ratio of order intake to revenue for the year, of 1.7 (prior year: 1.4).

The Automotive OEM division generated the largest increase in revenue at constant currency in the Americas region with 7.4 percent, followed by Greater China with 1.8 percent, while revenue experienced a significant decline of 6.0 percent in the Europe region and decreased by 0.7 percent in Asia/Pacific as well. Of the four Automotive OEM division business divisions, the E-Mobility business division was the only one to considerably increase its revenue, raising it by 36.7 percent at constant currency.

The division met the adjusted full-year guidance for 2019 issued July 29, 2019, which called for it to generate constant currency revenue growth of minus 2 to 0 percent and an EBIT margin before special items of 5 to 6 percent.


The Automotive Aftermarket division reported a constant-currency drop in revenue for the reporting period of 1.1 percent to 1,848 million euros (prior year: 1,862 million euros) that was attributable to the Europe region, the region generating the highest revenue by far. The decline in Europe region revenue, which was partly due to a few major customers in Germany and in Western Europe adjusting inventory levels both in the Independent Aftermarket (IAM) and in the OES business (OES – Original Equipment Service), amounted to 3.1 percent at constant currency. The revenue decline in Europe was not fully offset by the 6.6 percent revenue growth in the Americas region. This growth resulted primarily from increased requirements and business with new customers in the Independent Aftermarket. The Greater China region raised its revenue by 5.7 percent at constant currency, while revenue in the Asia/Pacific region fell by 5.4 percent at constant currency.

The division met the adjusted full-year guidance for 2019 issued July 29, 2019, which called for the Automotive Aftermarket division to generate constant currency revenue growth of minus 2 to 0 percent. The target of achieving an EBIT margin before special items of 15 to 16 percent was slightly exceeded.

Industrial business with encouraging growth, weaker momentum in second half of the year


The Industrial division increased its revenue to 3,541 million euros (prior year: 3,383 million euros) during the reporting period despite weaker momentum in global industrial production. At constant currency, revenue growth amounted to 3.1 percent, with revenue for the second half of the year flat with prior year. The growth in revenue was primarily driven by the wind sector cluster in the Greater China region and the railway sector cluster in the Europe region. The raw materials and aerospace sector clusters, as well as Industrial Distribution, also contributed to growth. Demand decreased in the industrial automation, off-road, and power transmission sector clusters, which are particularly sensitive to economic conditions. Two of the Schaeffler Group’s four regions contributed to constant currency revenue growth during the reporting period. The largest increase was once again generated by the Greater China region at 23.4 percent, ahead of Americas with 2.9 percent, while revenue declined by 2.4 percent in Europe and fell slightly by 0.1 percent in Asia/Pacific.

The targets set in the adjusted guidance issued on July 29, 2019, of increasing revenue by between 2 and 4 percent and generating an EBIT margin before special items of 10 to 11 percent were met.

Dietmar Heinrich, CFO of Schaeffler AG, said: “As announced at the presentation of the results for the third quarter of 2019, our efforts through to the end of 2019 concentrated on generating free cash flow. By further reducing the capex ratio and efficiently managing inventories in the final quarter, we were quite successful in doing so”.

The Schaeffler Group expects its revenue to grow by minus 2 to 0 percent at constant currency in 2020. In addition, the company expects to generate an EBIT margin before special items of 6.5 to 7.5 percent in 2020. The Schaeffler Group also anticipates between 300 and 400 million in free cash flow before cash in- and outflows for M&A activities for 2020.

The targets for the three divisions are as follows:

“Our guidance for 2020 is intentionally conservative. It reflects what we know, at the beginning of March, about current environment- and market-related trends. No-one can say at this point how the corona crisis will develop. Nevertheless, we will do everything we can to meet our targets,” Klaus Rosenfeld stated.

On March 24, 2020, the Schaeffler Group will communicate its Roadmap 2024 comprising the updated strategy for the years 2020-2024, a new transformation programme to implement that strategy, and the medium-term targets for this period at a press conference and capital markets day in Herzogenaurach.

You can find our annual report at: www.schaeffler-annual-report.com 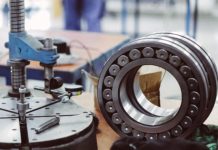 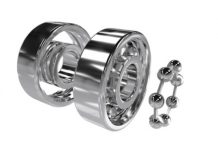 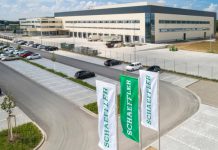