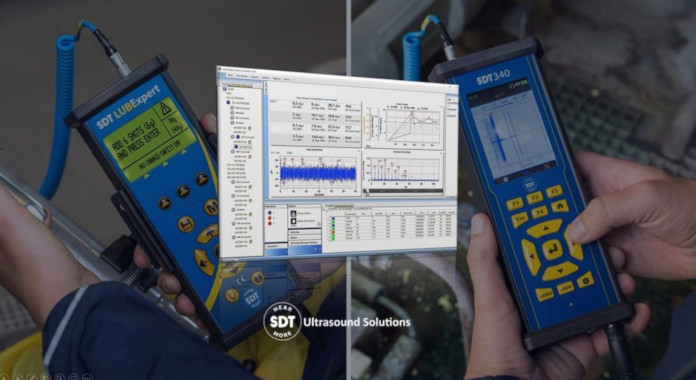 Title might make some of the readers to “google it”, maybe even to ask themselves what does it have to do with Reliability or Condition Monitoring, but I simply like the metaphor and I am sure that at least one person will look at the title with a smile.

What is Pick and Roll? It is a type of offense in basketball where two players in coordinated maneuver deal with defense by creating an open, clear space for one of them. With no intention of diving deep in discussion about basketball strategy, purpose of Pick and Role is to make two players look like three players, creating advantage.

There were some fantastic examples throughout last 30 years, but my choice is certainly John Stockton/Karl Malone tandem. If you look at their abilities individually, they are both (with no doubt) exceptional players. But, as a tandem, their effectiveness was not doubled, not even quadrupled, it was of a much higher order. Teamwork at its best. From a perspective of a coach, whose job is to achieve more with the same resources; do the right thing in a right way at a right time. Same/limited resources is probably a key word here.

After all, you cannot have more than five players on the court.

So, what does it have to do with Reliability or Condition Monitoring itself? You will clearly see the connection in a case described later in this article, but maybe we can see some similarities at this point already.

First, there is a game.

It is us against failures, in general. Unlike basketball, Reliability game has no break between quarters, no time-outs, no substitutes and being second best doesn’t count at all.

In the game of basketball, rules are fair, and each team has five players. In our game, there is more and more of them and never enough of us. “More and more of them” means exactly what you constantly feel; cover more assets, cover more failure modes, eliminate more root causes … they just keep on coming. “Never enough of us”.. well, our resources stay the same, or decrease.

Third, there is a coach

Basketball coach creates a strategy, adjust it during the game, choose players, motivate them, feels when a player has a good day or bad day, improves weak points of each player …

Same as in basketball, in Reliability game someone tailors the strategy, steers it, adjusts it, assigns right people with right skills & technology to exact tasks, in exact sequence, in exact way.

Fourth, there are players, of course

Our players are no different. They play in different departments, they differ by their skill sets, they use different technologies, some are very early in their reactions; long range shooters, some fight close to enemy; in trenches of the paint … they all have different talents and different abilities. All our players are compatible, but some are naturally inseparable.

See, there are a lot of similarities. So where does Pick and Roll fits into our work?

Wherever our results are restrained by our resources, we need to combine our players in such way that each of them delivers more, yet not being overburdened.

In this particular task, I want to address some of the problems Condition Monitoring teams often face. Time needed to cover all assets that we ideally need to cover.

In the facility in question here, we have three Condition Monitoring technologies in house (Vib, Ut, IR) and two additional outsourced (MCA, Oa). Let us be honest, that is pretty good. Still, the main problem is the necessary time to cover all that (again ideally) needs to be covered, time needed for analysis, time needed to additional activities in finding a root cause … and that time simply cannot be projected. If you are lucky, you will find a problem (not a symptom, a cause) in 30 minutes. Equally, you might need two weeks to do the same. Investigation cannot be predicted, and no matter how much time it takes, it needs to be done. In order to achieve that, they need to make sure that their trained and competent Condition Monitoring specialist have enough time to do the most valuable tasks, to go deep. Here we come to the point of limited resources. Limited resources in sense of manpower, limited resources in sense of skills and limited financial resources, but still having same needs for high level performance. First and extremely important step in optimization has already been done here. Technologies in place were carefully selected and carefully positioned based on FMEA – who goes where and who goes first. Even with that done, needs were bigger than available resources. Isn’t it always the case?

One of the steps done was detailed RCA and addressing highest ranking cause – lubrication, by implementing Condition Based Lubrication with LUBExpert. That step did not require new resources as the job was done by the very same people who were performing lubrication in the first place. As a result, the cause was eliminated and consequently, burden on Condition Monitoring team decreased, simply because less failures occurred.

But we can do more. Time for Pick and Roll.

At that system maturity level, it was difficult not to notice strong natural interconnection between Lubrication and Condition Monitoring, especially because of “Condition Based” prefix added to Lubrication teamwork approach. Data collected by Lube team is exactly the data Condition Monitoring needs as a first line of defense, a kind of triage, because the data they collected and the way it was collected is the same trending data Ultrasound Condition Monitoring team needs as a trigger for deeper look and analysis. The only thing left to be done was to jump over cultural barrier, show full trust in grease tech, rely on his data, and recognize delivered value.

Value of collected data and increased monitoring frequency (as lube tech was supposed to visit those assets anyway) instantly delivered what Condition Monitoring team needed – time. Just by introducing Ultrasound in Condition Monitoring as a first line of defense and especially for certain applications, huge tangible improvement was achieved in increased coverage and detectability, now improvement even further. The fact how Lube team improves through this process does not even need to be elaborated.

So, there are our two players, coupled in carefully planned sequence of steps, delivering value that is exponentially higher compared with simply summarized what they would individually deliver.

Of course, real, deep trust for players to rely on each other comes with time and seeing benefits in positive outcome of cases. Here is one of those cases shown in a very simple and details-free way.

1600mm outer diameter bearing on a ball mill, rotating at 18,6 RPM, regularly monitored with Ultrasound (SDT 340), by well-trained specialist. After LUBExpertimplementation, data collection interval with SDT 340 tripled as grease replenishment (data based) is being done every 14 days (same interval as Lubrication was done before implementation) by lube-tech. Gained time of CM specialist (resources) directed to increase coverage and targeted analysis. No decrease in detectability.

Lube-tech on his routine task. Grease replenished, arriving to minimum friction, job done. Bearing status declared “Suspected bearing failure” by LUBExpert, based on indicators and behavior during the process. Both replenishment and scouting tasks done, call in the cavalry!

Hour later, after being notified of indication, Condition Monitoring specialist was there, performing measurement and confirming inner race defect and misalignment issue. Fast and effective.

Now, the only thing left to decide is which one of SDT 340 and LUBExpert is Stockton and which one is Malone. Until we figure that out, enjoy watching them play.