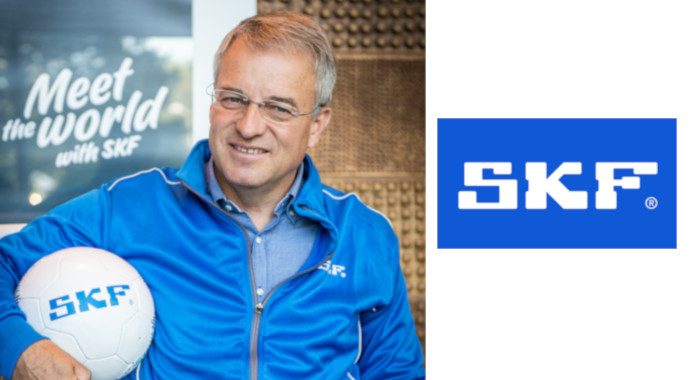 “Our efforts to keep costs under control are showing results, in a market with lower demand. Operating profit for the second quarter was SEK 2,539 million, including costs for restructuring and impairments of 317 million. The reported operating margin was 11.3% (12.9% last year), with an underlying operating margin of 12.7% excluding costs for restructuring and impairments, the sixth straight quarter above 12%.

Net sales were SEK 22.5 billion, a drop in organic sales of 1.6% compared to last year. Sales were relatively unchanged in Europe, slightly lower in Asia and North America and significantly higher in Latin America.

Our operating performance was positively impacted by cost reductions and price. Restructuring and impairment costs on the other hand had a negative impact of SEK 317 million. Cash flow from operations was in line with last year.

The industrial business had yet another strong quarter with an operating margin of 13.9% (14.7% last year) and an organic growth of 0.6% (10.7% last year). The underlying operating margin was higher than last year, with announced restructuring and impairments impacting the reported result negatively. Sales in Europe, Asia and North America were relatively unchanged but increased in Latin America.

During the second quarter we continued to invest in regionalizing and automating our manufacturing footprint. An investment of SEK 450 million was announced for deep-groove ball bearings. This investment supports our ambitions to adopt a full value chain approach in Asia, where our global product development for deep-groove ball bearings is based.

During the quarter we also acquired RecondOil, a cleantech start-up that has developed a unique chemical filtration and reconditioning process that enables a drastic reduction in the consumption of lubrication fluids and oil. RecondOil is a perfect strategic fit with our Rotating Equipment Performance offer and supports our efforts to help customers reduce the environmental impact of their operations.

Entering the third quarter of 2019, we expect to see slightly lower volumes for the Group, relatively unchanged for Industrial and lower for Automotive.” 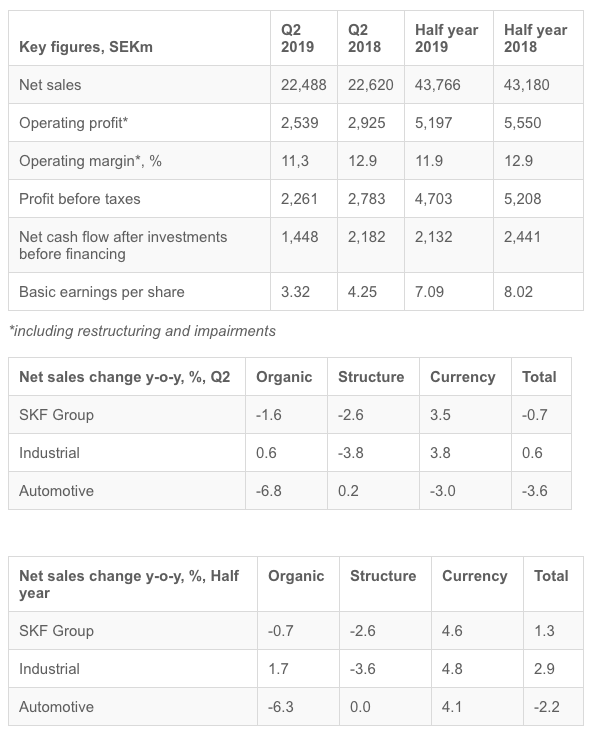