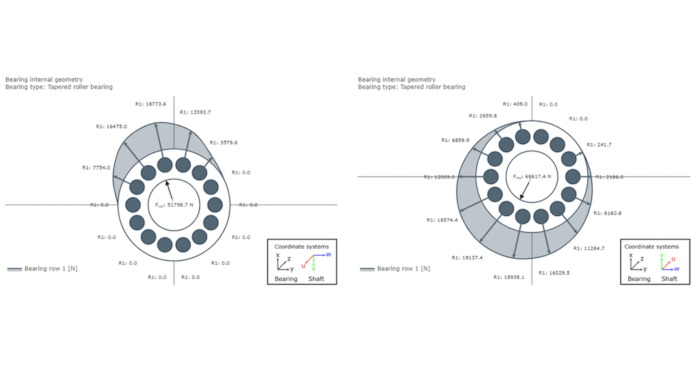 The FVA-Workbench is a manufacturer-neutral tool for the simulation and calculation of transmission systems. As product development cycles become shorter, powerful modeling approaches and calculation algorithms become increasingly important. The predominantly analytical approaches in the FVA-Workbench deliver fast and reliable solutions to all important issues related to drive technology. For bodies that cannot be accurately described analytically, the results are supplemented by suitable numerical methods. The intuitive modeling techniques in the FVA-Workbench guarantee simulation of consistent, valid, and manufacturable gears every time.

The calculations are developed, analyzed, and validated in research projects by Forschungsvereinigung Antriebstechnik e.V. (FVA, the Research Association for Drive Technology). Through member contributions and public funding, the FVA is able to organize 17 million euros annually in research projects at leading German universities, chairs, and research institutions. The FVA-Workbench serves as a knowledge platform, making the results of FVA research projects available and applicable for all engineers. It is no longer necessary to read through and study countless pages of scientific documentation, making the development of innovative gearboxes considerably more efficient and user friendly.

An important aspect of gearbox development is the practical design of gear modifications. The following article will demonstrate the degree to which the selection of rolling bearings can influence the required gear modifications, using system analysis from the FVA-Workbench.

Load-induced deformations and displacements in gearboxes can lead to significant gear mesh misalignment. This can cause uneven load distribution across the face width and greatly reduce gearbox safety factors. To avoid this scenario, gear modifications must be designed to compensate for these deformations. This requires detailed analysis of all gear deformations. The single-stage gearbox in Figure 1 will provide an example of how strongly the selection of the bearing type, together with the axial bearing design and bearing clearance, can influence gear modifications.

It can be seen that the deflection of both cylindrical roller bearings of the output shaft is nearly identical (Figure 2, right). In contrast, there is significant misalignment on the drive shaft. This is largely due to the so-called centering effect on the right tapered roller bearing. In the left bearing, only the rolling elements in the direction of the radial force are loaded (Figure 3, left), causing the bearing to deflect in this direction. In the right bearing, the restoring force on the shaft resulting from the radial force and the contact angle is lower than the applied axial force from the gearing. As a result, the shaft is pushed into the bearing so that the rolling bodies are in contact across the entire circumference (Figure 3, right). Thus, the shaft deflects only slightly in the direction of the radial force.

Figure 4 shows the load distribution across the face width, resulting mainly from the misalignment of the drive shaft, and the proposed modification for balanced load distribution determined using the FVA-Workbench.

To counteract the centering effect described above, the right bearing can be replaced by a bearing with a larger contact angle, such as type 30224. This larger contact angle results in greater restoring force, which pushes the shaft away from the bearing center. Thus, the shaft lowers further, decreasing the misalignment and significantly reducing the amount of modification required (Figure 5).

Here too, the shaft is centered on the left cylindrical roller bearing which, as a fixed bearing, absorbs the axial force.

The preceding example clearly demonstrates the great influence of the bearing selection on the design of gear modifications. The centering of rolling bearings described above can occur with all bearing types that do not have a cylindrical running surface. The effect is increased with larger bearing clearances. The direction and position of forces can either increase or compensate for the resulting misalignment of the gearbox shafts in the gear mesh. Due to the large number of overlapping influences, consideration of all forces and deformations occurring in the transmission system, as offered by the FVA-Workbench, is required for the appropriate design of gear modifications. The FVA-Workbench can be used to determine the stiffness of a bearing arrangement as well as the associated lifetime and power loss.