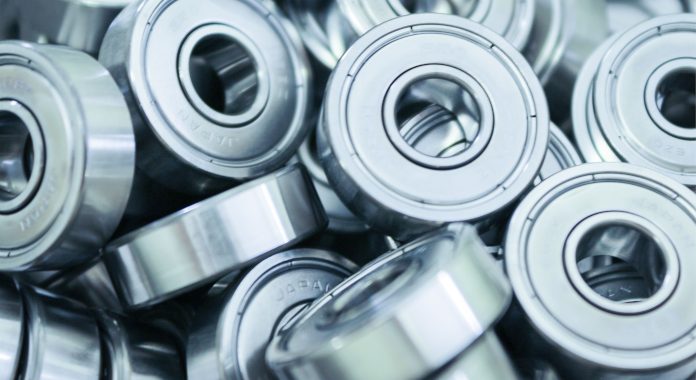 Why radial play and tolerance are not one and the same 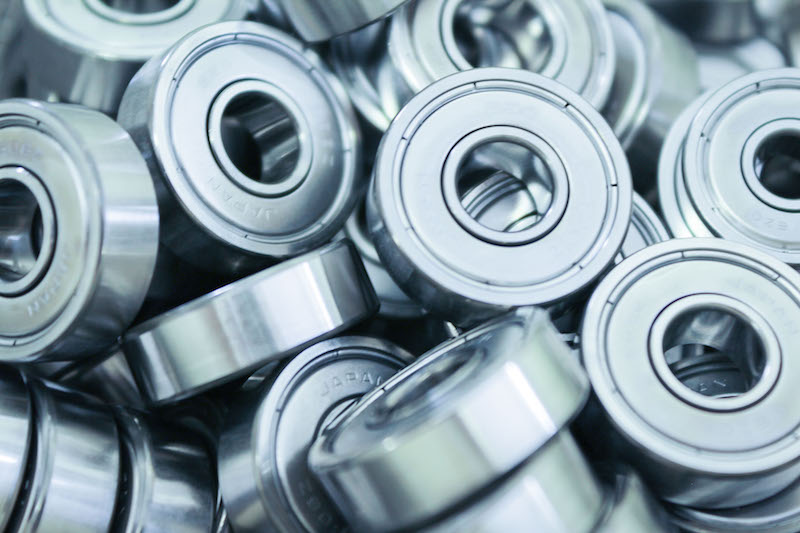 There is some confusion surrounding the relationship between the precision of a bearing, its manufacturing tolerances and the level of internal clearance or ‘play’ between the raceways and balls. Here, Chris Johnson, managing director of small and miniature bearings expert SMB Bearings, sheds light on why this myth persists and what engineers should look out for.

During the Second World War, in a munitions factory in Scotland, a little-known man by the name of Stanley Parker developed the concept of true position, or what we know today as Geometric Dimensioning & Tolerancing (GD&T). Parker noticed that even though some of the functional parts being manufactured for torpedoes were being rejected after inspection, they were still being sent on to production.

Upon closer inspection, he found that it was the tolerance measurement that was to blame. The traditional X-Y coordinate tolerances created a square tolerance zone, which excluded the part even though it occupied a point in the curved circular space between the square’s corners. He went on to publish his findings about how to determine true position in a book entitled Drawings and Dimensions.

This play is designed into the bearing from the outset to allow the bearing to support loads in a variety of conditions, taking into consideration factors such as temperature expansion and how the fitment between the inner and outer rings will affect bearing life.

Specifically, clearance can affect noise, vibration, heat stress, deflection, load distribution and fatigue life. Higher radial play is desirable in situations where the inner ring or shaft is expected to become hotter and expand during use compared to the outer ring or housing. In this situation, the play in the bearing will reduce. Conversely, play will increase if the outer ring expands more than the inner ring.

Higher axial play is desirable in systems where there is a misalignment between shaft and housing as misalignment can cause a bearing with a small internal clearance to fail quickly. Greater clearance can also allow the bearing to cope with slightly higher thrust loads as it introduces a higher contact angle.

It is important that engineers strike the right balance of internal clearance in a bearing. An overly tight bearing with insufficient play will generate excess heat and friction, which will cause the balls to skid in the raceway and accelerate wear. Likewise, too much clearance will increase noise and vibration and reduce rotational accuracy.

Clearance can be controlled by using different fits. Engineering fits refer to the clearance between two mating parts. This is usually described as a shaft in a hole and represents the degree of tightness or looseness between the shaft and the inner ring and between the outer ring and housing. It usually manifests itself in a loose, clearance fit or a tight, interference fit.

A tight fit between the inner ring and shaft is important to keep it in place and to prevent unwanted creepage or slippage, which can generate heat and vibration and induce degradation.

However, an interference fit will reduce clearance in a ball bearing as it expands the inner ring. A similarly tight fit between the housing and outer ring in a bearing with low radial play will compress the outer ring and reduce clearance even further. This will result in a negative internal clearance — effectively rendering the shaft bigger than the hole — and lead to excessive friction and early failure.

The aim is to have zero operational play when the bearing is running under normal conditions. However, the initial radial play that is required to achieve this can cause problems with balls skidding or sliding, reducing rigidity and rotational accuracy. This initial radial play can be removed using preloading. Preloading is a means of putting a permanent axial load onto a bearing, once it’s fitted, by using washers or springs that are fitted against the inner or outer ring.

Engineers must also consider the fact that it is easier to reduce clearance in a thin-section bearing because the rings are thinner and easier to deform. As a manufacturer of small and miniature bearings, SMB Bearings advises its customers that more care must be taken with shaft-to-housing fits. Shaft and housing roundness is also more important with thin type bearings because an out-of-round shaft will deform the thin rings and increase noise, vibration and torque.

The misunderstanding about the role of radial and axial play has led many to confuse the relationship between play and precision, specifically the precision that results from better manufacturing tolerances.

Some people think that a high precision bearing should have almost no play and that it should rotate very precisely. To them, a loose radial play feels less precise and gives the impression of low quality, even though it may be a high-precision bearing deliberately designed with loose play. For example, we’ve asked some of our customers in the past why they want a higher-precision bearing and they’ve told us they want to, “reduce the play”.

However, it is true that tolerance improves precision. Not long after the advent of mass production, engineers realised that it is neither practical nor economic, if it is even possible at all, to manufacture two products that are exactly alike. Even when all manufacturing variables are kept the same, there will always be minute differences between one unit and the next.

Today, this has come to represent an allowable or acceptable tolerance. Tolerance classes for ball bearings, known as ISO (metric) or ABEC (inch) ratings, regulate the allowable deviation and cover measurements including inner and outer ring size and the roundness of rings and raceways. The higher the class and the tighter the tolerance, the more precise the bearing will be once it is assembled.

By striking the right balance between fitment and radial and axial play during use, engineers can achieve the ideal zero operational clearance and ensure low noise and accurate rotation. In doing so, we can clear up the confusion between precision and play and, in the same way that Stanley Parker revolutionised industrial measurement, fundamentally change the way we look at bearings.

The power of the Source Qualification Inspection (SQI)