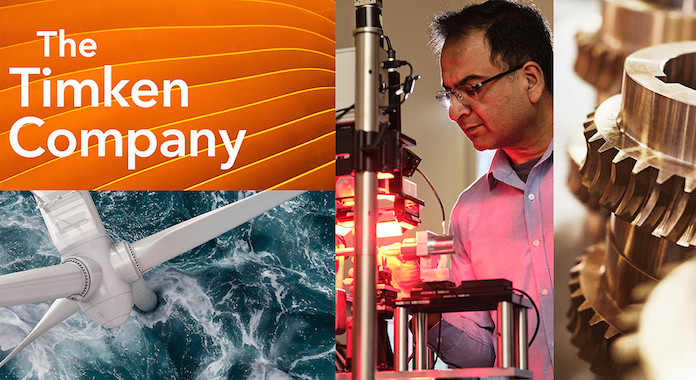 The Timken Company, a global industrial leader in engineered bearings and power transmission products, today reported record first-quarter 2022 sales of $1.125 billion, up 9.7 percent from the same period a year ago. The increase was primarily driven by growth across most end-market sectors led by industrial distribution and off-highway, and the impact of higher pricing, partially offset by unfavorable currency.

Timken posted net income in the first quarter of $118.2 million or a record $1.56 per diluted share. This compares to net income of $113.3 million or $1.47 per diluted share for the same period a year ago. The increase in GAAP net income was primarily driven by the impact of higher volume and favorable price/mix, partially offset by higher operating costs and the net unfavorable impact of special items (detailed in the attached tables), as compared to the year-ago period.

During the quarter, Timken returned $123.5 million of cash to shareholders with the repurchase of 1.5 million shares of company stock, or approximately 2 percent of outstanding shares, and the payment of its 399th consecutive quarterly dividend. The company ended the first quarter with net debt to adjusted earnings before interest, taxes, depreciation and amortization (EBITDA) at 1.8 times. Also, among recent developments, the company announced an agreement to acquire Spinea, a technology leader and manufacturer of highly engineered cycloidal reduction gears and actuators, which strengthens Timken’s position in the high-growth robotics and automation space.

“We had an excellent start to the year, reporting record revenue and earnings with strong margin performance,” said Richard G. Kyle, Timken president and chief executive officer. “Our first-quarter results reflect higher customer demand for our differentiated products along with the benefit of recent pricing actions. In addition, our team delivered better operating performance in the quarter, as we improved execution and customer service despite continued challenges across our global supply chain. Our performance demonstrates the resiliency of the company and builds on our track record of delivering strong financial results through industrial cycles and dynamic market conditions.”

Process Industries sales of $584.2 million increased 12.2 percent from the same period a year ago. The increase was driven primarily by growth across most sectors led by distribution and general industrial, and the impact of higher pricing, partially offset by lower revenue in the renewable energy sector and unfavorable currency.

EBITDA for the quarter was $155.6 million or 26.6 percent of sales, compared with EBITDA of $131 million or 25.1 percent of sales for the same period a year ago. The increase in EBITDA was driven primarily by the favorable impact of higher volume and price/mix, partially offset by higher operating costs.

Mobile Industries sales of $540.4 million increased 7.1 percent compared with the same period a year ago. The increase was driven primarily by higher shipments in the off-highway and rail sectors, and the impact of higher pricing, partially offset by unfavorable currency.

EBITDA for the quarter was $75.1 million or 13.9 percent of sales, compared with EBITDA of $79.6 million or 15.8 percent of sales for the same period a year ago. The decline in EBITDA reflects the impact of significantly higher operating costs and Russia-related charges (described in the attached tables), partially offset by positive price/mix and the favorable impact of higher volume.

“We expect to deliver strong performance with double-digit earnings growth in 2022 driven by robust demand for our products, improved operational execution and price realization,” said Kyle. “The diversity of our product portfolio and market mix position us well to continue capitalizing on strong industrial market demand. And we expect to deliver another record year while further increasing our industrial leadership position by advancing our strategic growth and capital allocation initiatives.” 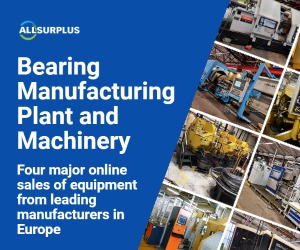