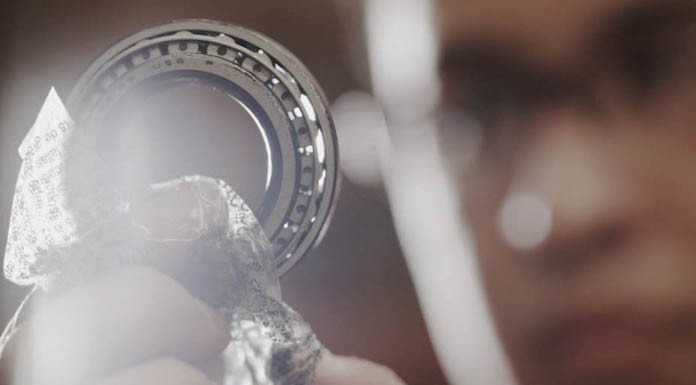 The Timken Company, a global industrial leader in engineered bearings and power transmission products, today reported third-quarter 2021 sales of $1.04 billion, up 16 percent from the same period a year ago, and 13 percent higher than the previous record third quarter. The increase was driven by organic growth across most end-market sectors led by industrial distribution and off-highway, higher pricing and the benefit of currency translation and acquisitions.

Net cash from operations for the third quarter was $105.8 million, and free cash flow was $62.7 million. During the quarter, Timken returned $53.1 million of cash to shareholders with the payment of its 397th consecutive quarterly dividend and the repurchase of 400 thousand shares of company stock. Timken also completed the acquisition of Intelligent Machine Solutions (iMS), which expands the company’s growing linear motion portfolio. Timken ended the third quarter with a strong balance sheet; financial leverage as measured by net debt to adjusted earnings before interest, taxes, depreciation and amortization (EBITDA) was 1.6 times as of September 30, 2021.

“In the third quarter, Timken responded to the strong market demand and achieved double-digit revenue growth compared to the prior year despite the challenging operating environment,” said Richard G. Kyle, Timken president and chief executive officer. “While our performance was impacted by supply chain disruptions, inflation and higher costs to serve customers, we stayed focused on winning new business and advancing our strategic initiatives.”

Process Industries sales of $550.0 million increased 18 percent from the same period a year ago. The increase was driven by organic growth across most sectors led by distribution and general industrial, higher pricing and the favorable impact of currency translation.

EBITDA for the quarter was $129.7 million or 23.6 percent of sales, compared with EBITDA of $109.2 million or 23.4 percent of sales for the same period a year ago. The increase in EBITDA was driven primarily by the positive impact of higher volume and related manufacturing utilization, positive price/mix, favorable currency and lower restructuring charges, partially offset by higher operating costs.

Mobile Industries sales of $487.3 million increased 13.7 percent compared with the same period a year ago. The increase was driven by higher shipments in the off-highway and heavy truck sectors, higher pricing and the favorable impact of currency translation, partially offset by lower revenue in the automotive sector.

EBITDA for the quarter was $53.2 million or 10.9 percent of sales, compared with EBITDA of $64.0 million or 14.9 percent of sales for the same period a year ago. The decrease in EBITDA reflects the impact of higher operating costs, partially offset by the favorable impact of higher volume and related manufacturing utilization, and positive price/mix.

“We expect operating conditions through the rest of the year to be similar to the third quarter, with the benefits of strong demand being largely offset by inflation and higher costs to serve customers,” said Kyle. “As we look out to 2022, we are planning for the robust demand environment to continue, with supply chain issues persisting through at least the early part of the year. We expect to offset these headwinds with significant price realization and operational excellence initiatives, and we are well positioned to deliver higher levels of performance in 2022.”

Timken will host a conference call today at 11 a.m. Eastern Time to review its financial results. Presentation materials will be available online in advance of the call for interested investors and securities analysts.