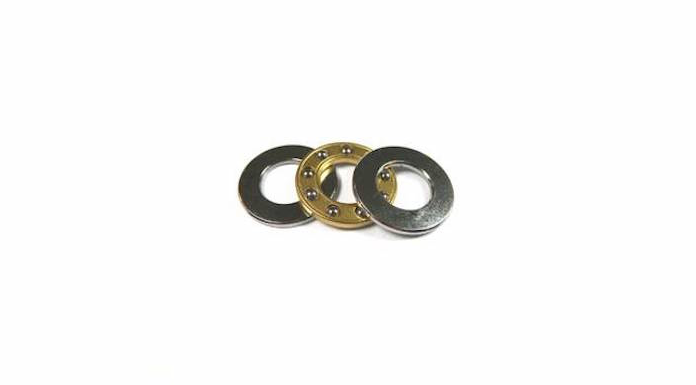 You might be sat on an office chair right now. Or even better, you may be sat on a swivelling bar stool. Both chairs rely on small thrust bearings to endure the thrust load of the human body sat on them, while still allowing for an easy spin. However, Chris Johnson, managing director of thrust bearing supplier SMB Bearings, explains why not all miniature thrust bearings can take on such a task.

Generally speaking, bearings may support two types of load. Radial loads act at a right angle to the shaft and thrust loads, also known as axial loads, act in parallel to the shaft. With these different load types defined, it makes sense why bearing decisions need to factor in not just load size, but load type. Depending on where the bearings are being used, they may see all radial loading, all thrust loading, or a mixture of both.

A spinning bar stool is a great example of all thrust loading. As a person sits on the stool, the entire load will be parallel to the bearing shaft. The heavier the person, the heavier the thrust load. Or, a lazy Susan turn table is another example. The turntables often used on tables in Chinese restaurants must endure varying loads, often unbalanced across the turntable surface.

Miniature thrust bearings, sometimes referred to as axial bearings, are often used for low-speed applications like these. The bearings should not be subjected to a radial load as they are designed for thrust loads only. For applications with a combination of the two load types, thrust bearings are often used in conjunction with radial ball bearings, so that a thrust load and a radial load can be supported.

It is important to use the correct type of miniature thrust bearing. Some have a raceway or groove on each washer. In these instances, one washer has a slightly larger inside diameter so that it is located in the housing and the shaft can rotate inside it. These bearings can accommodate thrust loads in one direction only and must be fitted according to the load direction.

The simpler type of miniature thrust bearing has identical washers and no raceway. These can accept thrust loads in either direction but have much lower load and speed ratings.

Regardless of the loading type required, all bearings have their limits.
When determining which bearing to choose, it is important to consider several factors; load direction, load size, turning speed and the specific environment in which the bearing will be used. It also pays to ensure the bearings are manufactured to high quality standards, which enables the highest levels of rollability even with heavy thrust loads.

Of course, proper assembly is just as vital as bearing choice. In any application, contamination during assembly can directly cause bearing failure. Dust and dirt dramatically degrade bearing lubrication or cause abrasion on the surfaces. Equally, poor alignment of the two thrust washers can shorten bearing life.

Another problem may occur when thrust bearings are used at higher speeds but with low loads. Centrifugal force causes the balls to run at the outer edges of the raceways leading to skidding and rapid wear. This is known as smearing. In this case, the load should be artificially increased to keep the balls more central in the raceways.

Overloading, incorrect installation and contamination can all cause damage and failure to bearings. When choosing a thrust bearing, it’s important to consider all factors, as these bearings can be very unforgiving.

To reduce the likelihood of thrust bearing failure, seek advice from a bearing specialist. For more information of the range of bearing options available, or to discuss a miniature thrust bearing application, visit smbbearings.com. 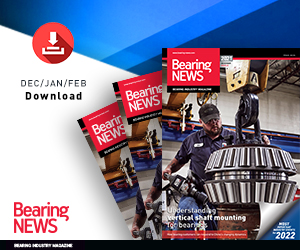